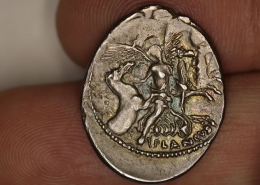 The Goddess Victoria was the Roman personification of victory in all forms, and was the reinterpretation of her predecessor the Greek Goddess Nike. From a numismatic perspective, it’s clear from the extensive representation of each deity that the concept of victory was a vital concept within both civilizations, and was often associated with the concepts […] 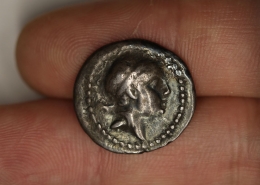 The very brief reign of Antiochos, the younger son of King Seleukos IV, is attested to by a surprising output of coinage in the material record, consisting of oktadrachms that feature the conjoined busts of Antiochos and his mother, Queen Laodike IV, and drachms and tetradrachms such as the present piece bearing the portrait on […]

During the military anarchy of the third century, Publius Licinius Valerianus, simple known as Valerian I, would become Roman Emperor in 253 AD. Unlike many others that proclaimed themselves Augustus, Valerian was of noble blood – a son of a traditional senatorial family, and held high political positions throughout his early life such as Consul, […]

En route to a temple near Carrhae in modern-day Turkey, Caracalla of the Severan Dynasty, Roman Emperor from 198 to 217 AD, would be stabbed to death by one of his soldiers, Justin Martalis – an unfortunate result of the soldier being denied the position of Centurion. The aftermath would result in the Praetorian Prefect, […] 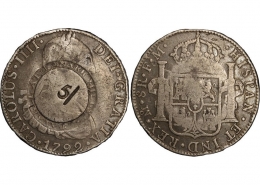 New Lanark cotton mills were founded in 1786 by David Dale in the Lanarkshire region of Scotland, approximately 1.4 miles from the town of Lanark. The mills used recently developed water-powered cotton spinning machinery and saw much success and development, becoming the largest cotton mill in Scotland. At the dawn of 1800, Dale would sell […] 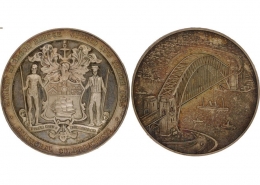 Although brought to Australia as early as the 1850’s by American gold miners that would frequently play on the gold fields of Ballarat, Baseball would not officially be taken up by Australians until several decades later. The first competitions would be held in 1878, in which the Surry Baseball Club and the NSW Cricket Association […]