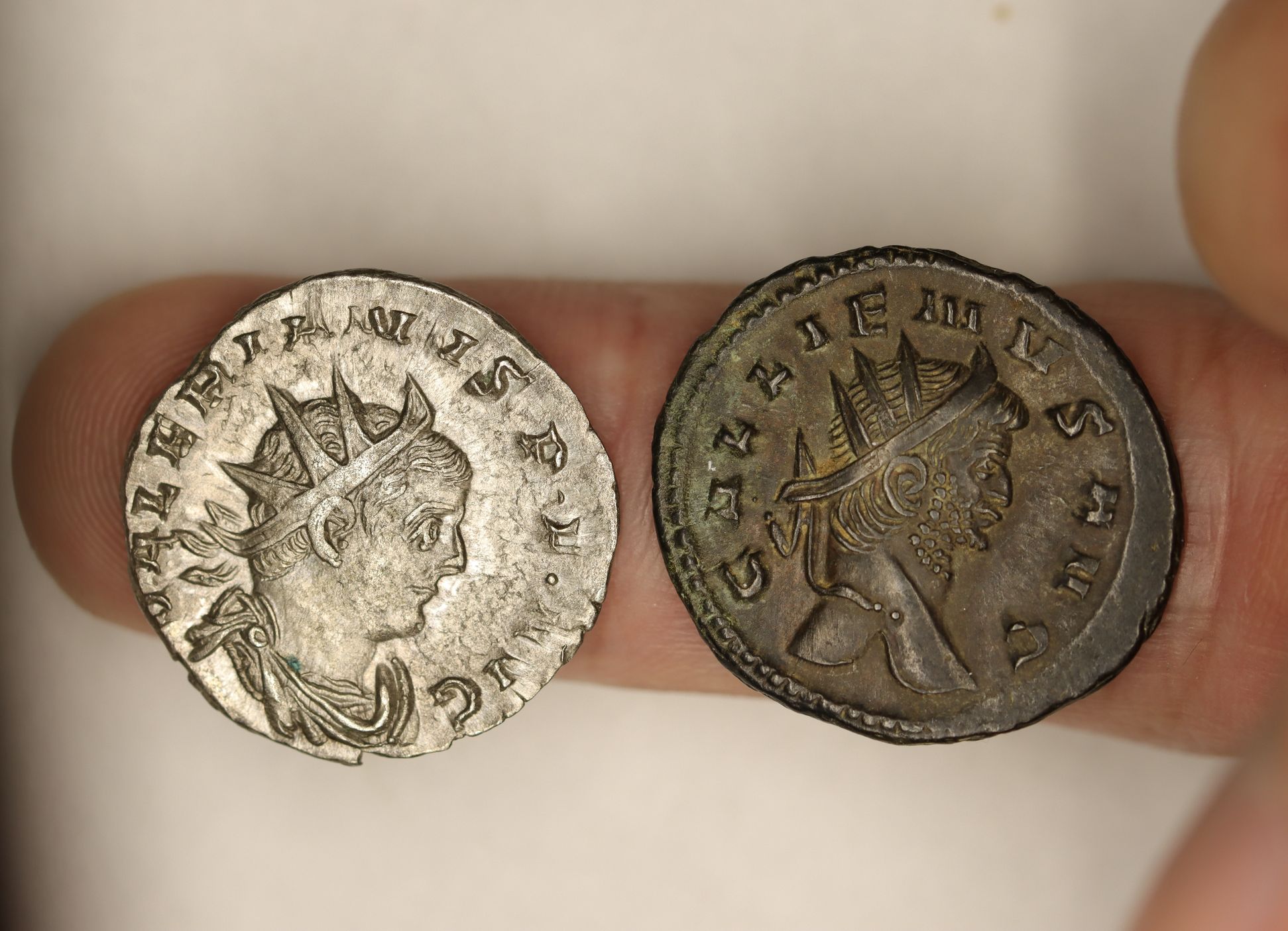 During the military anarchy of the third century, Publius Licinius Valerianus, simple known as Valerian I, would become Roman Emperor in 253 AD. Unlike many others that proclaimed themselves Augustus, Valerian was of noble blood – a son of a traditional senatorial family, and held high political positions throughout his early life such as Consul, Suffectus, and Ordinarius. In 238, as acting Princeps Senatus, it is said that Gordian I Africanus negotiated through him for senatorial acknowledgement for his claim as emperor, a reign that had lasted only 21 days before being defeated by forces loyal to Maximinus Thrax.

Similar to his predecessors and certainly in the image of the later tetrarchy, Valerian would, upon his accession to Emperorship, split the administration of the Empire in order to ensure proper management, having his elder son elevated to both Caesar and Augustus and thus co-ruler. Son to Valerian and his first wife Egnatius Mariniana, Publius Licinius Egnatius Gallienus, simply Gallienus, ruled the western side of the Roman Empire with his father in the East. This may be, unfortunately, a poor decision as the history books would not be so kind to the house of Valerianus.

Based in the East, Valerian would be in position to recapture lost territory, particularly those within the wider Asia Minor area; Antioch and Syria were recaptured by 257 AD after being lost several years earlier to constant Persian invasion. In 259 the goths had managed to further ravage other Roman controlled regions of Asia Minor and thus the Augustus moved accordingly, only to meet a different enemy at Edessa. Arriving to the town before enemy forces, Valerian’s legionaries would unfortunately be swept with plague, ravaging their numbers and weakening the Roman position in the area, allowing the approaching Sassanid army under King of Kings Shapur I to siege the city with ease.

The Battle of Edessa in the Spring of 260 AD was a complete defeat for the Roman Empire, being thoroughly overpowered by the large, unweakened Sassanid army. Rome had seen many defeats in its lifetime, but Edessa was an unprecedented failure; the capturing of the Emperor as a prisoner of war – being taken hostage with the entirety of his surviving Roman Legionaries. News would soon reach the wider Empire, causing great panic and socio-political instability.

Much like his father, Gallienus had been preoccupied with constant warfare in the west, defeating several rebellions such as the usurper Ingenuus in 258 and destroying an Alemanni army at Mediolanum in 259. Upon Valerian’s capture in 260, power would fall solely to Gallienus – this would prove to be an impossible task for an Augustus alone; much like their time ruling together, Gallienus’ sole rule of 8 years would be writhe with military conflicts and would-be Emperors. Although sometimes biased, the biographies of the Historia Augusta detail the ‘Tyranni Trigrinti’ of Gallienus, translated as the ‘Thirty Tyrants’ to act as pretenders to the throne of the Roman Empire during his reign; although the number may be off, I feel the historical sentiment of Gallienus’ reign remains true.

In 261-262 AD, Britain, Spain and parts of Germania would be lost in the west, and in the east the usurpers Macrianus major and his sons Quietus and Macrianus minor would claim power in Asia Minor, and the Macrianii supporter Lucius Mussius Aemilianus would take power in Egypt. Although these men would be soundly defeated Gallienus’ forces, the Macrianii by Roman Officer Aureolus and Aemilianus by Theodotus, their rebellions would coincide with the formation of the breakaway ‘Gallic Empire’ under Marcus Cassianius Latinius Postumus, causing further loss of territory in Gaul.

From 262-268, Gallienus would not only be in conflict with the Usurper Postumus but would also see constant warfare against the Goths and Heruls who frequently ravaged the lands, causing his Legions to be stretched thin. To add to this, the previously mentioned Roman Officer Aureolus, for unconfirmed reasons although possibly due to a personal distaste, had lost faith in his master; Aureolus confirmed his disaffection from Gallienus by deserting his Alpine command and invading Italy where he took command over Mediolanum (Milan) and openly supported Postumus and the Gallic Empire. This was an act of the very highest treason and meant that Gallienus was forced to break off his campaign against the Goths in the Balkans at a most critical stage in order to return to Italy in 268. The decisive battle took place at what is now Pontirolo Nuovo near Milan – the would-be usurper was thoroughly defeated and driven back to Milan which would be besieged shortly thereafter. It is said that during the siege a rumour had spread that “Aureolus was killed by his followers”; upon hearing the news of his enemy’s death, Gallienus would leave his tent unguarded, only to be stabbed to death by the officer Cecropius as part of an internal conspiracy. Unfortunately for the now slain Emperor, Aerolus had not been killed but would be put to death soon after by Gallienus’ successor, Claudius II Gothicus. Upon hearing the news of his assassination, the Senate would order the execution of Gallienus’ family and their supporters in Rome despite Claudius’ attempt to spare their lives and deify his predecessor.

The military anarchy of the Third Century saw many tragedies, one of which is certainly the legacy of the house of Valerianus. To summarize, Publius Licinius Valerianus, now known as Valerian I, had a reign filled with military conflict, ultimately being defeated by King Shapur I of the Sassanid Empire; Valerian’s legacy is that of despair as he is most famously known for being the first Emperor to be taken as a prisoner of war. His son and co-ruler, Publius Licinius Egnatius Gallienus, simply known as Gallenius, would collapse under the enormity of managing such a large and volatile Empire alone, gradually losing territory as he was logistically unable to combat the numerous usurpers that rose to power. Tragically, ancient historians would not treat the legacy of Gallienus favourably, highlighting his inabilities rather then what he had achieved given the circumstances. In addition to the several military victories across the West and East, he would contribute reforms to the Roman army that laid the foundation for the success of his successors, notably Aurelian and Diocletian, two men largely responsible for ending the Crisis of the Third Century.