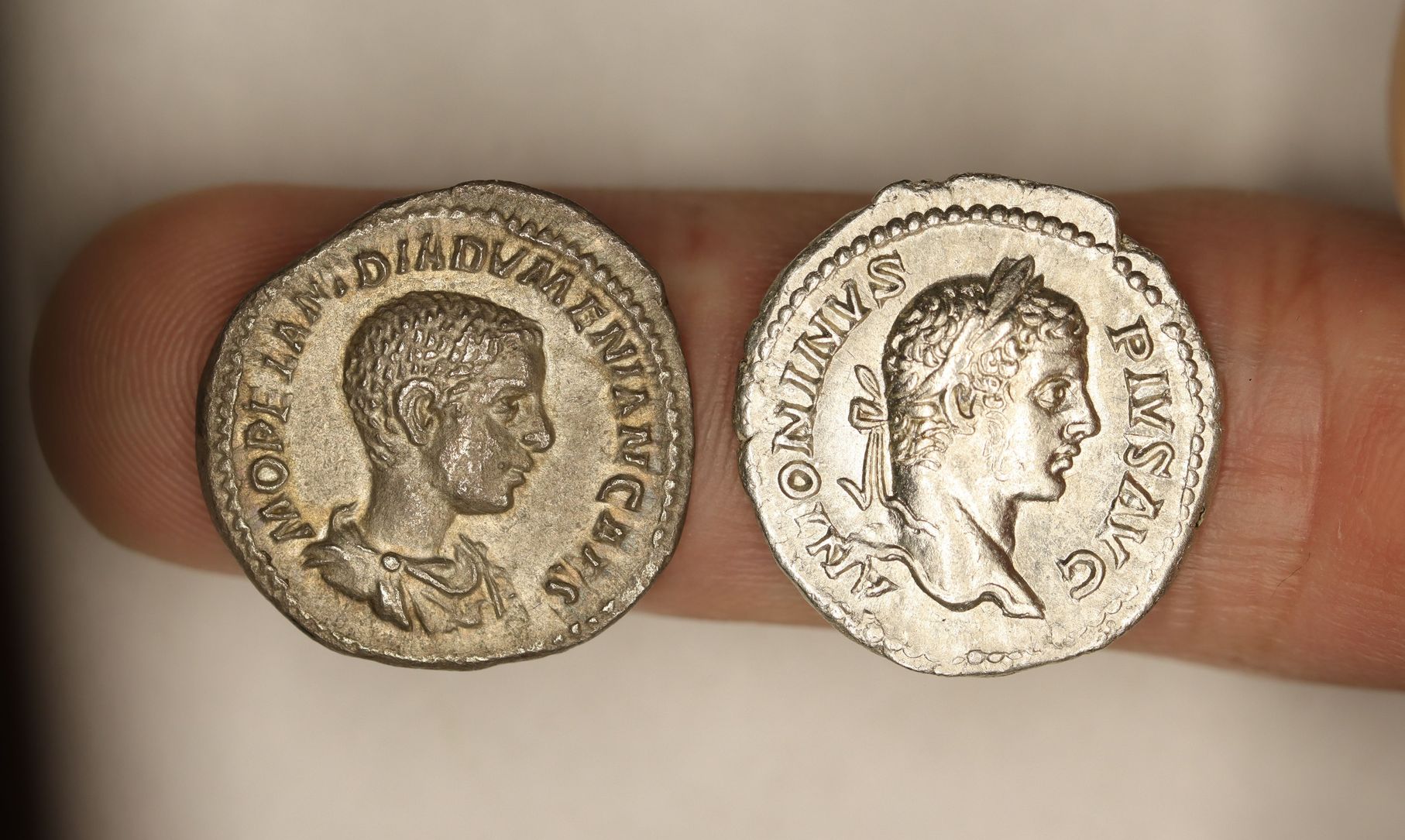 En route to a temple near Carrhae in modern-day Turkey, Caracalla of the Severan Dynasty, Roman Emperor from 198 to 217 AD, would be stabbed to death by one of his soldiers, Justin Martalis – an unfortunate result of the soldier being denied the position of Centurion. The aftermath would result in the Praetorian Prefect, Macrinus, assuming the title of Augustus and, with the support of the present legions, granting himself Imperial power and authority. This action, an accession to Emperorship not a result of dynastic succession, would be the first time since the Year of the Five Emperors of 193 AD following the death of Commodus and the Antonine Dynasty.

With his new position, Macrinus would elevate his son, Diadumenian, to the office of Caesar in 217, then later to Augustus the next year, acting as co-ruler during their short reign. Unfortunately, a short reign it would certainly be as a very distant relative of Caracalla, Elagabalus, would revolt against the ‘usurpers’, gaining much military support through his ‘rite’ as a successor to late Emperor as well as the keen socio-political prowess of his grandmother Julia Maesa. Elagabalus would act as the figurehead for retaking the empire for the Severan Dynasty, eventually defeating Macrinus at the Battle of Antioch on the 8th of June 218 AD.

If not for the actions of a single soldier, two boys would not be thrust into opposing political positions of power. Following Macrinus’ defeat, Diadumenian, at only ten years old, atempted to flee to Parthia but would be captured en route and executed shortly after – his head would be presented to the emperor and made a trophy. Elagabalus, at only 14 years old, would assume the title of Augustus and be given imperial power following his victory; his resulting reign is now known as ‘the least capable rule of any Roman Emperor’ – as a consequence, he would be assassinated a short few years later in favour of his brother Severus Alexander.

If not for the assassination of Caracalla, the events described here would clearly not have happened and the fates of both boys would have been far different; more importantly, however, the future of the Roman Empire may have progressed differently. Firstly, Macrinus would not indulge his ambition and claim power, forcing his son into a very inauspicious political position; it’s plausible to think that the young Diadumenian would have followed in his father’s footsteps, serving the Severan Dynasty in a military capacity like his father before him.

Second, and more importantly, Elagabalus had no strong dynastic rite to the throne – his familial connection to the former emperor was through his grandmother, Julia Maesa, who’s sister was Julia Domna, the wife of Septimius Severus; if Caracalla had not died, he, who was clearly a soldier first and Emperor second, would have solidified the Empire through military conquest, leaving the affairs of management to his mother Julia Domna. The political prowess of the Severan Augusta is clearly demonstrated in the history books, which leads one to believe that the socio-political stability of the empire would not be in question in this circumstance. Further to this, it is likely that, given a longer reign, Caracalla would have an heir, a successor with the appropriate dynastic rite.

With this theoretical socio-economic-political situation for the Roman Empire in mind, it begs the question: would the crisis of the third century still occur as it did, and if it did would it have been so catastrophic for Ancient Rome?

The Tragedy of the House of Valerianus
Scroll to top