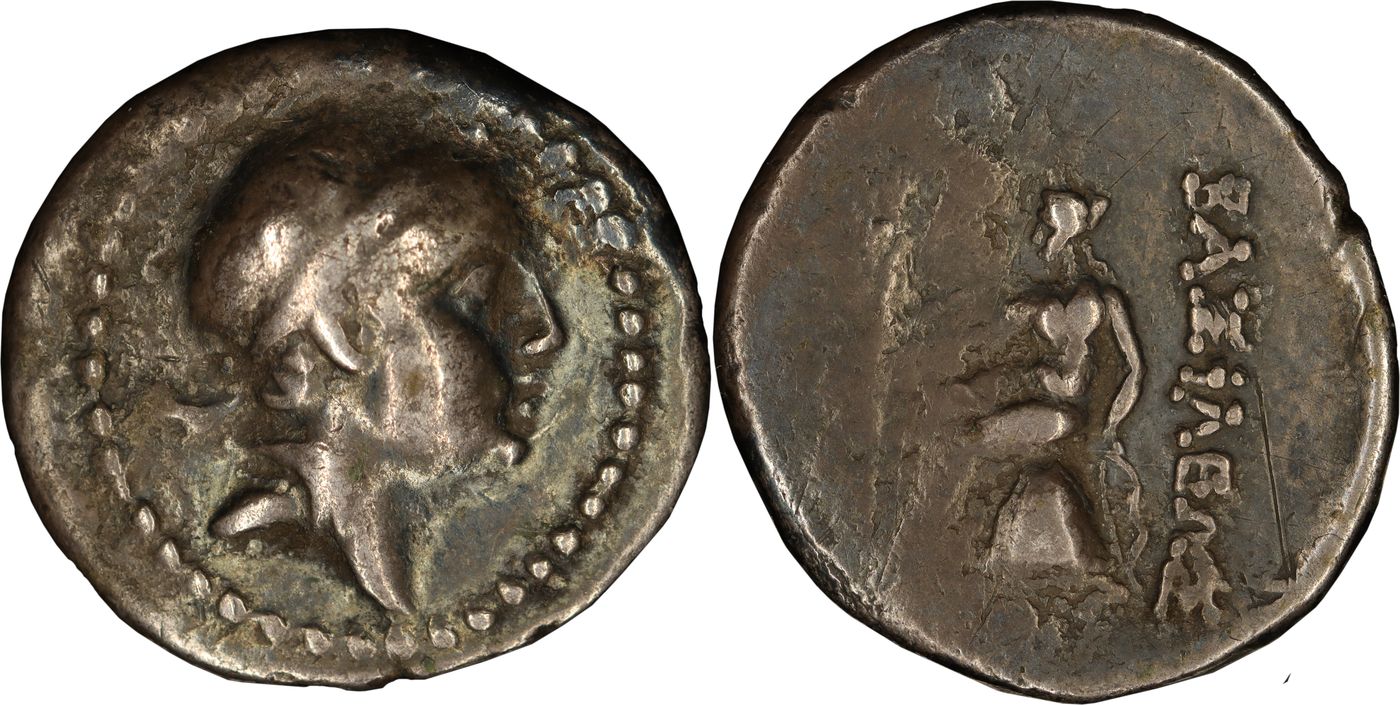 The very brief reign of Antiochos, the younger son of King Seleukos IV, is attested to by a surprising output of coinage in the material record, consisting of oktadrachms that feature the conjoined busts of Antiochos and his mother, Queen Laodike IV, and drachms and tetradrachms such as the present piece bearing the portrait on obverse and name of the young boy king on reverse. Following the murder of Seleukos IV in 175 BC, Heliodoros, the finance minister responsible for the regicide, elevated Seleukos’ son Antiochos to King and his widow, the former queen, into the position of regent, all with the hope of maintaining power for himself. This would not be the case, however, as the late King’s younger brother, also named Antiochos, would return from imprisonment in Rome as Seleukos’ elder son, Demetrios, would take his place, all in accordance to the Treaty of Apameia. This treaty was struck in 188 BC between the Roman Republic and Antiochos III ‘the great’ of the Seleukid Empire as an unfortunate end to hostilities between the two, essentially crippling Seleukid power thereafter. Seeing himself as his brother’s rightful heir, Antiochos would raise an army and march on Syria, becoming the first successful Seleukid Usurper and proclaiming himself King Antiochos IV Epiphanes. He would co-rule with the newly instated king – his young Nephew – and, in order to further his legitimacy, adopt the boy as his own and marry his late brother’s widow, Laodike IV, who was also their sister. Unfortunately, a legitimate heir to Antiochos IV would be born several years later, leading to the end of the young Antiochos’ 5 year reign with his assassination in 170 BC. Their new child would become King at only 9 years old following the death of Laodike IV and Antiochos IV in 164 BC, bearing the regnal name Antiochos V Eupator.

The Tragedy of the House of Valerianus

An Interpretation of ‘Victory in a Quadriga’ on a Silver Denari...
Scroll to top